In case you missed it, the Philadelphia Eagles won the Super Bowl. This is the Eagles’ first Super Bowl win. The city of Philadelphia has waited 52 years for this victory. Philadelphia fans know the phrase, “there’s always next year,” a bit too well, but this year was THE year.

The city was on the edge of their seats all season. Every win came as a shock and the superstitions were in full effect. Fans refused to wash their Eagles jerseys, insisted on wearing the same outfit every game, and had special game day rituals that were never deviated from.  When the team won the NFC Championship and their spot in the Super Bowl was secured the city erupted with joy. We had ONE MORE GAME and that game would make us champions.

Sunday February 3, 2018 the Philadelphia Eagles won the Super Bowl against long-time rival the New England Patriots. The score was 41-33 and even more significant, they won against Tom Brady who is known as the “greatest quaker-back of all time.” Philadelphia fans hate Tom Brady and were so happy to see him so sad. It was a close game. Fans refused to celebrate until the time clock hit 00:00. The emotions were high and fans were in true disbelief. It actually happened, we won the Super Bowl. And then the yelling began everywhere. Fans filled the streets to celebrate.  Literally, all the fans were in the street. 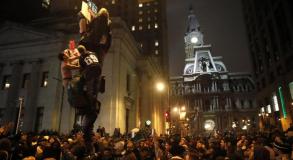 It was beautiful chaos. Majority of fans behaved, however, there were a few pole climbers, window breakers, and car flippers. But overall fans were happy to come together and celebrate this historic win. The victory parade was set for Thursday February 8, 2018. Fans couldn’t wait. 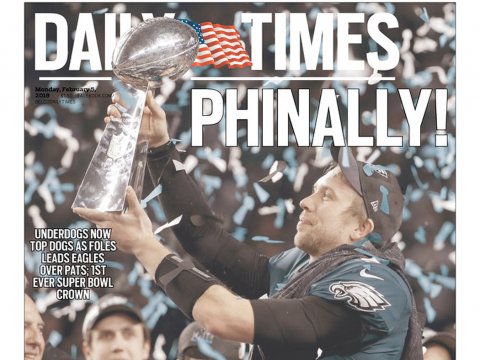 The next challenge: finding a way to get to the parade. Fans rushed to SEPTA (Southeastern Pennsylvania Transportation Authority) Regional Rail stations in order to get their hands on one of only 50,000 train passes printed for parade day. The passes sold out at several stations by Tuesday afternoon and were completely gone by Wednesday afternoon.  Fans were standing outside station ticket booths for hours waiting for their chance to buy a ticket. Some fans decided to wake up very early and try to drive to the parade in hopes of finding one of the limited parking spots. Regardless of how long they had to stand in line or how early they needed to wake up, fans were not going to miss the first Eagles Super Bowl parade.

I was lucky enough to secure a train pass. On the morning of the parade, fans started arriving at train stations at 4 a.m. The first trains were scheduled to depart at 5:15 a.m. and the parade was scheduled to begin at 11 a.m. People began to arrive on the parade route at 3 a.m. to ensure they had a good seat to watch their beloved team walk through the city. It is estimated more than 700,000 people gathered in the streets of Philadelphia to enjoy the parade and celebrate the victory. Everyone was excited and in a very good mood. Despite having minimal personal space, the atmosphere was positive. It was truly amazing to see so many people come together. The city had waited for this victory for far too long and they were not going to miss the opportunity to congratulate the team. People were climbing trees, statues, and monuments, sitting on top of port-a-potties and trash trucks, and doing anything else they could to get a better view of the parade. I  viewed the parade on one of several giant TV screens set up because there were far too many people for me to try and squeeze to the front row.  There was music and dancing. People selling Super Bowl t-shirts and hats. Oh and lots of beer. Bud Light did give away a free beer to fans, but the locations offering the free beer were hard to find amongst the chaos. Most parade goers either brought their own alcohol from home or bought a six pack from a bar along the parade route. But despite the mess the parade left behind, which I imagine will take several days to clean up. It was most definitely worth it. It was a pure Philadelphia moment. Everyone was simply happy to be there for the experience. I am so happy I got to be a part of this historic event. 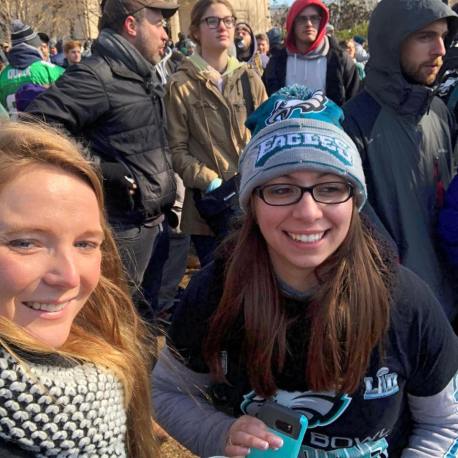 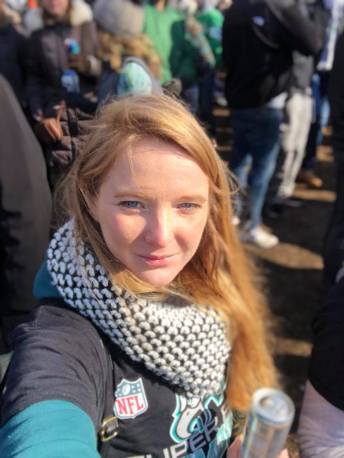 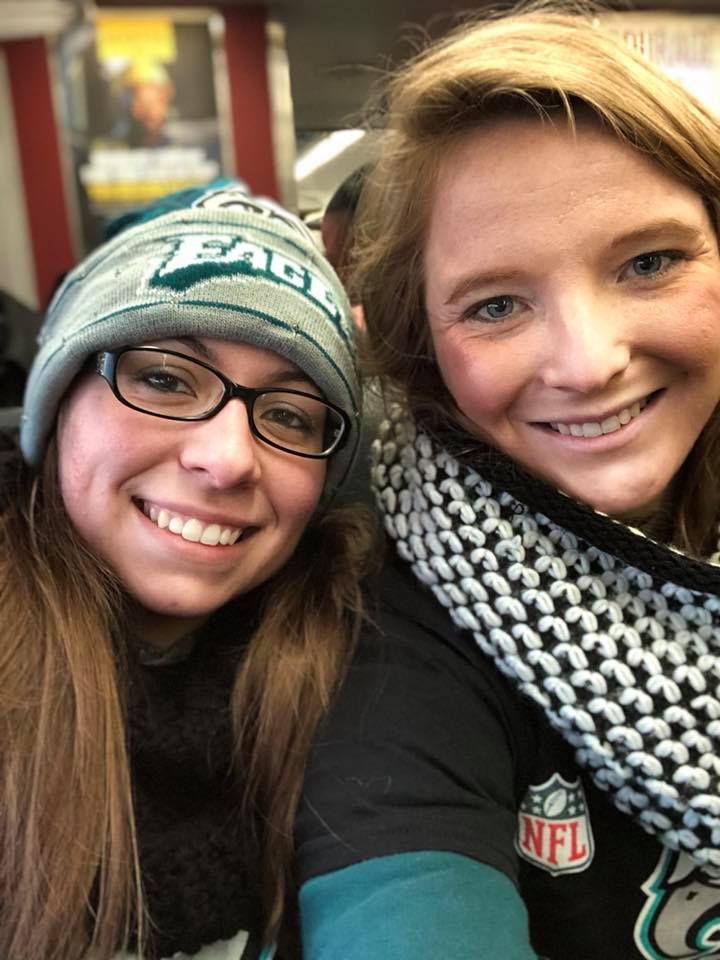